You are here: Home › Types of GPR Surveys
By geophysics on June 27, 2015 in Ground Penetrating Radar

Concrete scanning is one type of ground penetrating radar ( GPR ) survey. It is part of a larger discipline known as GPR studies or GPR investigations. Furthermore, GPR instruments are part of the larger world of geophysics.

ConcreteScanner.com focuses on equipment built by Sensors & Software of Canada. While their primary concrete scanner has a frequency of 1000 MHz, their product line offers 12.5, 25, 50, 100, 200, 250, 500, and 1000 MHz antennas. Most of these antenna frequencies are part of their Noggin and pulseEKKO PRO systems, which allows post processing with EKKO_Project Software and EKKO_Mapper software. 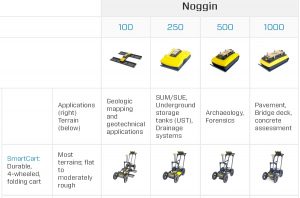 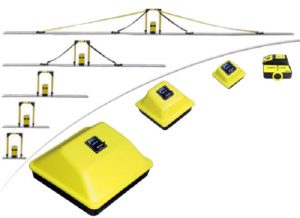 Size and Scale of GPR Surveys

Smaller scale sites that cover hundreds of feet, often acquire data along a grid pattern, like concrete scanning. This technique of collecting data allows the results to be presented as three-dimensional images. The technique of plotting the results in plan view as a function of depth is a very powerful tool.

Large-scale surveys often include conditions pertaining to changes in geology, soils, snow and ice conditions, and mapping utilities and facilities over a great distance. These surveys may not lend themselves to three-dimensional representations. It is difficult to collect enough data for large-scale projects to generate three-dimensional plots. Nonetheless, the cross-section type results are often more than sufficient to provide an interpretation of how conditions vary at depth.

This area of GPR investigations, in theory, is straightforward. For this purpose, one is attempting to locate a buried line, cable, pipe, or waste line. As in concrete scanning, objects made of solid metal make some of the best targets to locate. Unless they are near the surface, plastic, concrete, and other nonmetallic objects can be a challenge to locate, especially with poor soil conditions. 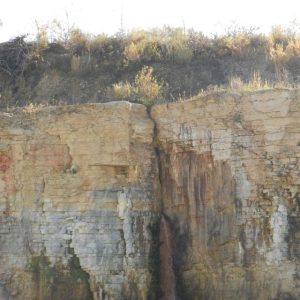 GPR Survey for Faults and Joints

Since GPR methods are able to detect metal, unexploded ordnances, bombs, guns, knives, and bullets are easy to detect, with good site conditions. It is fairly common to look for buried persons, drugs, and other large scale objects.

In areas with soils that have minimum clay content, environmental professionals, engineers, and geologists are commonly investigating for metal from old 55-gallon drums, fuel oil tanks, and leaky pipes. Soil and water contamination are also a concern. These types of surveys often require a fair amount of experience to interpret the results.

Snow and ice allow a GPR signal to pass through with little attenuation, much like air. This media great for subsurface studies. The studies include characterizing snow and ice thickness, as well as, locating people and buried objects. Ice research using GPR is very important. It assists with identifying changes global weather and movement of glaciers.

Finally, we get to archaeology. This category, like forensic studies, is very challenging. Problems arise with the fact that one needs to map some very subtle variations. These variations may reflect naturally occurring changes at depth. The greater the desire not to miss a feature can lead to numerous false positives. However, the pay off in locating a spectacular find may be well worth the effort. 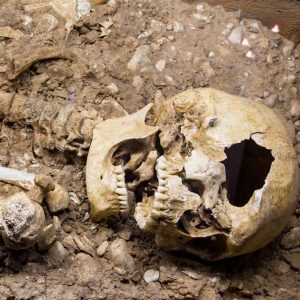 As with concrete scanning, be aware, it is not always clear where, when, and how GPR will produce the best results. Factoring in issues pertaining to the field conditions associated with a target of concern, may mean GPR is not going to produce desirable results. Sometimes a site needs to be geophysically investigated using other geophysical methods. Click here for information about engineering geophysics.